Choose from fifteen short films, like Inland Road, from our friends Emil and Mathias; a cinematic ode to Sweden, mosquitoes, gnats, and freezing cold mountain streams. 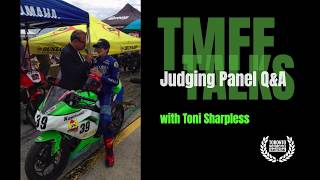 If you're not familiar with the name Sharpless and the mark the family has made on Canadian motorcycle racing, do a quick Google lookup; we'll wait... Welcome back. As for Toni, the highlights of her career include becoming national junior class ice racing champion and the first woman to win a Canadian Motorcycle Association championship, one of the first women to quality and finish the prestigious Daytona 200, racing for Yamaha in the Suzuka 8-hour world endurance series, ra 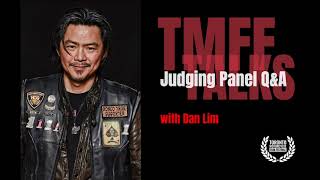 Chances are you've probably seen Dan's work in magazines, on billboards or perhaps online via his TheMotoFoto handle. Dan is a professional photographer who is able to extrude incredible textures and mood in his work; whether fashion, lifestyle or motorcycle related. His passion for motorcycle culture is evident in his involvement with the community, his personal fashion sense (I mean, do you know anyone more stylish then Dan?) as well as his incredible moto-themed photograph 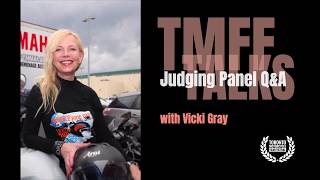 Vicki is a pioneer, pushing the boundaries and challenging preconceived notions about what women should, and could do. Motorcycle instructor, racer, and founder of Motoress, the world's #1 women's motorcycle magazine and the founder of the global International Female Ride Day, Vicki brings a different perspective to the table and we're excited to have her as part of this year's Judging Panel. Listen in to our discussion below and if you have questions for Vicki, leave them in 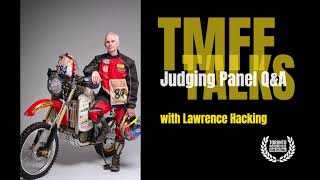 Lawrence started racing when he was 16 years old and has competed in a large number of motorcycle, and car, races around the world including the Baja 1000, Mexican 1000, Rally Mongolia, Targa Newfoundland and other prestigious rallies in Japan, Sweden, and Australia to name but a few. Oh yes, there's also the small fact that he raced the 2001 Paris-Dakar rally where he became the first Canadian to finish and later went on to publish a book, To Dakar and Back, which recounted 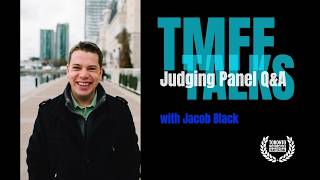 Jacob Black is a writer, journalist, Sr. Editor at AutoTRADER, Managing Editor, Canada Moto Guide, CSBK racer, and now member of the 2018 Toronto Motorcycle Film Festival Judging Panel. Jacob was also a cast member in Dream Racer, the film that won the Best Feature Film and People's Choice Awards at last year's Festival. We sat down with Jacob to chat about his background in journalism, racing experience and his outlook on this year's Festival. We recorded this in a café so t

Toni Sharpless is the last member to join our Judging Panel for the 2017 Toronto Motorcycle Film Festival. She brings not only a vast and illustrious motorcycle racing experience and industry experience, but a much needed female perspective to our Panel. Over her career, Toni has accumulated countless championships, victories and podium finishes in road racing, flat track and ice racing, and in 2011 was inducted into the Canadian Motorcycle Hall of Fame. This is our final ins
1
2